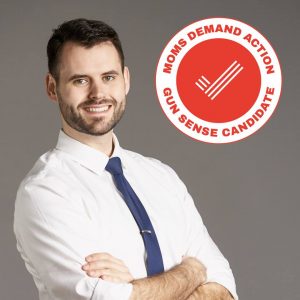 The shooting in Parkland, Florida — and the subsequent response by the surviving students — is equal parts heartbreaking and inspiring. I am proud to be supporting local efforts by Iowa City Community School District junior high and high school students to prevent continued inaction on gun safety reform. Compared to the rest of the country, Iowa’s gun laws are relatively strong, but I believe we can do better.

I grew up shooting rifles, shotguns, and revolvers in the Boy Scouts, and I have several family members who hunt and shoot recreationally, so I’m no stranger to firearms. The Second Amendment isn’t going anywhere, and so those of us who favor strong gun safety reform need to make sure that we are proposing meaningful solutions that are also constitutional. Our nation’s Declaration of Independence promises: “Life, liberty, and the pursuit of happiness.” That should be an all-of-the-above statement, not either-or.

When local students led a walkout on Monday, February 19, 2018, I listened as an eleven-year-old junior high student recounted the fears of her eight-year-old brother about going to school because he feared for his life. We cannot go on like this.