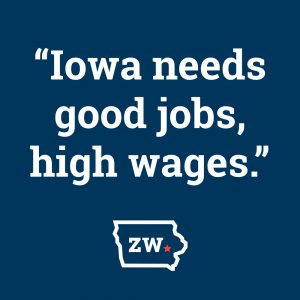 Our economy is fundamentally broken for many, many people. Look at the chart below. The dark blue line – “Productivity” – shows the growth of our economy’s productivity since 1948. The light blue line – “Hourly compensation” – tracks how wages have changed for production and non-supervisory workers in America. For twenty-five years, as our economy became more productive, wages went up for everybody, including workers. And then, starting in the 1970s, something went wrong. This trend accelerated during the Reagan administration and has since exploded.

Since 1973, total productivity has grown by around 75% — and hourly wages for production workers has gone up by 12%. Put another way, since 1973, as our economy has gotten more productive, the boss gets $5 for every $1 non-supervisors get. 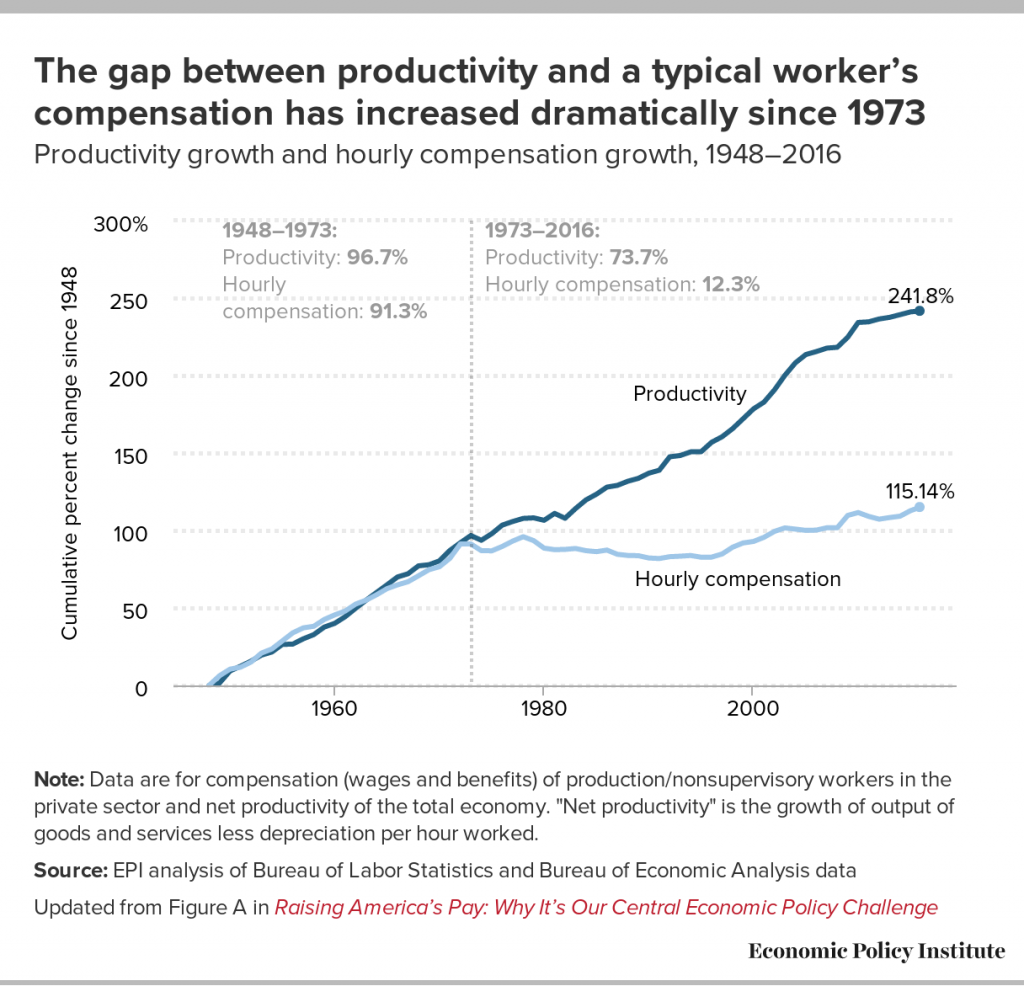 Does that seem fair to you? You can find more information like this at the Economic Policy Institute.

For more information, check out the charts and analysis I posted on Medium.