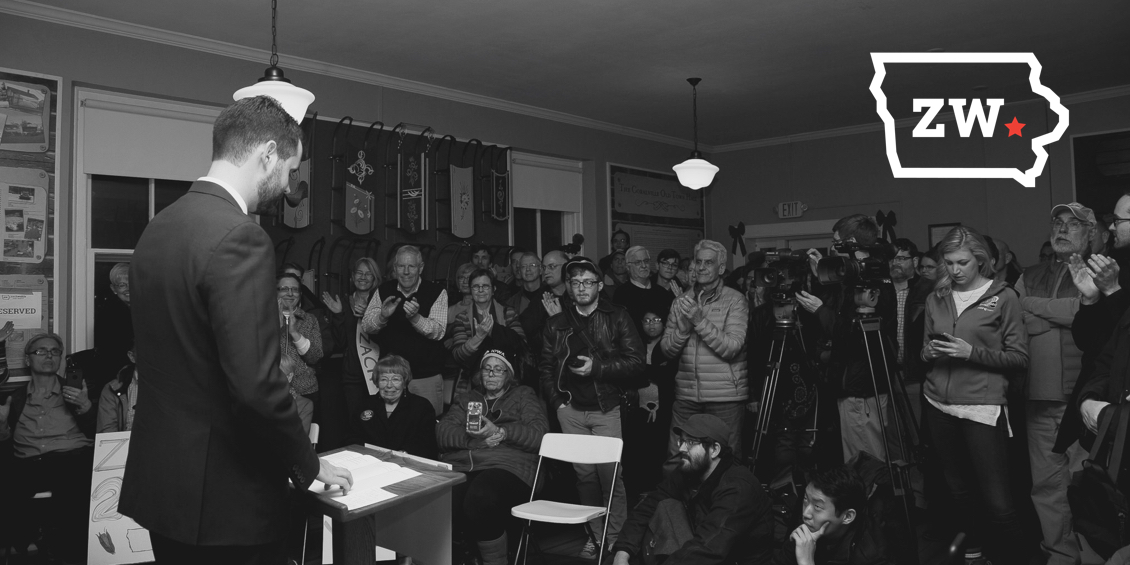 Iowa Senate Candidate Zach Wahls announced yesterday in a Facebook Live video plans for a District 37 Spring Tour with a series of meet-and-greet events, house parties, and door knocking. Wahls is a Democratic candidate for the senate seat, which is currently held by Bob Dvorsky who announced in August that he would not seek reelection in 2018.
“Since I announced my candidacy just over three months ago, I’ve had the privilege of spending time throughout the district,” said Wahls. “I’m hearing one thing everywhere I go. People are frustrated. It’s time for us to stand up for health care, education, and workers’ rights. As we move into our final stretch toward the June 5th primary, we’ll be out in every community — listening, learning, and getting out the vote.”

Wahls first gained national attention when his testimony before the Iowa House Judiciary Committee about growing up with gay parents went viral and became YouTube’s most-watched political video of 2011. He is an advocate for LGBTQ rights and co-founder of Scouts for Equality. He led the national campaign to end the Boy Scouts of America’s ban on LGBT people, which had been in place since 1978 and survived a Supreme Court challenge in 2000. Wahls is also the author of the bestselling book My Two Moms: Lessons of Love, Strength, and What Makes a Family.

The 37th District of the Iowa Senate is located in eastern Iowa, and is currently composed of Cedar and Johnson Counties including Iowa City, Coralville, Solon, West Branch, Mechanicsville, Stanwood, Clarence, Lowden, Tipton, Bennett, Rochester, Durant, and Wilton. The primary election is June 5, 2018. The four-year senate term begins in January 2019.