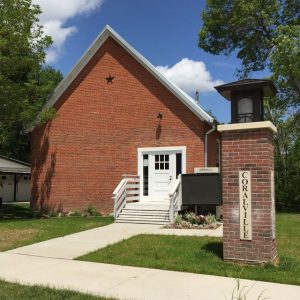 On Thursday, December 21st at the Old Town Hall in Coralville, advocate and author Zach Wahls will announce that he will be a candidate for the Democratic nomination for Iowa Senate, District 37. The seat is currently held by Bob Dvorsky, who announced in August that he would not seek reelection in 2018.

“For the last seven years, I have worked to speak truth to power,” said Wahls. “With healthcare, higher education, and workers’ rights under attack, I hope to continue that advocacy in the Iowa Senate.”

Wahls first gained national attention when his testimony before the Iowa House Judiciary Committee about growing up with gay parents went viral and became YouTube’s most-watched political video of 2011. He is an advocate for LGBTQ rights and co-founder of Scouts for Equality. He led the national campaign to end the Boy Scouts of America’s ban on LGBT people, which had been in place since 1978 and survived a Supreme Court challenge in 2000. Wahls is also the author of the bestselling book My Two Moms: Lessons of Love, Strength, and What Makes a Family.

“As I think about the issues facing the people of this district, I can’t think of anyone better to send to Des Moines than Zach,” said Mitch Gross, Coralville Mayor Pro Tem and co-chair of the Wahls campaign. “Zach listens carefully, he works hard, and he’s been a powerful and effective advocate for those who have been left behind and left out.”

A longtime resident of the senate district, Wahls is a graduate of Iowa City West High School and the University of Iowa, and will receive his master’s degree in public policy from Princeton University in Spring 2018.

“I am excited to support Zach Wahls for Senate. Zach represents the best of Iowa. A native of the area, he is bright and hard working,” said Lynette Jacoby, a Coralville resident and member of the Wahls campaign committee. “I am confident in Zach’s ability to connect with constituents and provide a voice and excellent representation in Des Moines.”

The announcement event is Thursday, December 21st at 4:30 PM at the Old Town Hall of Coralville located at 407 5th Street.

This event has ended