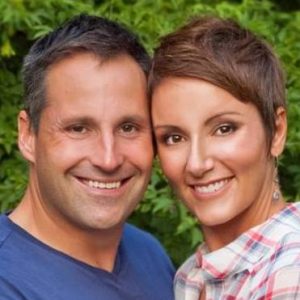 In Saturday’s edition of the Press-Citizen, Carol deProsse and Caroline Dieterle attempted, with their third column in four months, to frame the race to replace Sen. Bob Dvorsky as a contest between an experienced candidate and an inexperienced candidate who is able to raise a lot of money. This view is shortsighted, problematic, and above all, wrong.

As co-chairs of the Committee to Elect Zach Wahls, we have had a front-row seat to this campaign. From day one, we have worked closely with Zach to help him run a grassroots, issue-focused, positive campaign. Zach and our team of volunteers — which features over 20 high school students participating in their first campaign — have made over 10,000 voter contacts. Zach is working as hard as possible to deserve every vote he receives; since March, he has personally knocked on over 2,000 doors in communities all over District 37.

As Zach has said since the beginning of this campaign, this is an all-hands-on-deck moment that will define the future of Iowa for generations to come. The record number of dollars contributed to his campaign speaks directly to both his experience creating change and his ability to inspire. The Iowa Democratic Party needs new enthusiasm and new supporters. Every single dollar raised in our campaign has been from individual donors, many of them brand new to the political process. Zach has received zero money from special interests, lobbyists, corporations or PACs.

At its heart, this campaign has been about listening to the concerns of the people who call District 37 home and about sharing Zach’s positive vision for moving Iowa forward. Now more than ever, we need new ideas and new energy in the Iowa Senate and in the Democratic Party. We need to summon the next generation of leaders who are committed to mapping out a bold new vision for Iowa.

Republican majorities in the Iowa Legislature have unilaterally dismantled the very foundation of our state. The have eroded women’s reproductive rights, dismantled collective bargaining rights, privatized Medicaid and gutted funding for public education. Their disastrous actions have made it clear we are past the point of diplomacy. We need someone who has taken on tough fights and won.

Over the course of this campaign, we keep hearing from voters that they need a senator who has a proven track record of making a difference in the lives of Iowans.

This election is about our future. Right now, we have an opportunity to elect someone who will move Iowa forward. Zach Wahls will fight for the people of District 37 and win. He’s done it before and we know he is ready to do it again.

Melanie and Mitch Gross are co-chairs of the Committee to Elect Zach Wahls, running for Iowa Senate District 37.